Mount Kilimanjaro (often referred to as "The Rooftop of Africa") stands at an impressive 5,895 metres and is one of the most popular tourist attractions in the world. It is a fairly accessible mountain and is suitable for climbing with specially tailored routes to suit most people, right up to the rim of the crater. For more determined climbers and seasoned trekkers Uhuru Point (the summit) or Gillman’s Point (the lip of the crater) are also reachable and if you do manage to get as far as the summit, you will be rewarded with a Kilimanjaro Climbing Certificate.

Some of the routes are suitable for new climbers but anyone wishing to climb Mount Kilimanjaro should be fit and well.

Located near Moshi town, Mount Kilimanjaro is a protected area. It’s snowy peaks tower over the hills of Tanzania and the Northern Plateau. On a sunny day, you can see its slopes and glaciers. The mountain itself is an interesting ecosystem; the lower slopes consist of farmland where growers harvest coffee beans, cassava, maize and bananas.

The low area of the mountain is where you’ll find Kilimanjaro National Park and this part is covered in gloriously deep, lush forests that transform into mountainous grasslands as you begin to ascend. Views during ascent and descent include the Rift Valley, Maasai Steppe and Ambolesi National Park. The peak offers spellbinding views of Africa but it is rocky as there isn’t much vegetation and mainly it is covered in snow and ice.

There are different routes to choose from as follows:

There are different routes to choose from as follows:

The Lemosho Route is known to be the longest route and popular due to the fact that it is a beautiful ... 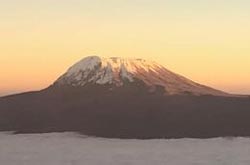 The Machame route, known as the "Whiskey" route, is now the most popular route on the mountain... 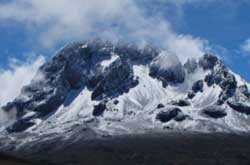 Known as the "Coca-Cola" route, the Marangu route approaches Kilimanjaro from the southeast... 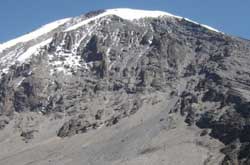 The Rongai route is the only route that approaches Kilimanjaro from the north... 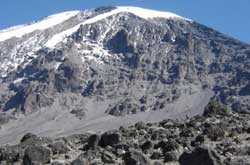 The Shira route is a path that approaches Kilimanjaro from the west, and is... 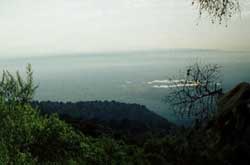 The Umbwe route has a well-deserved reputation of being the most challenging route...