Are safaris in Tanzania better now and how have African safaris evolved in the last 30 years? 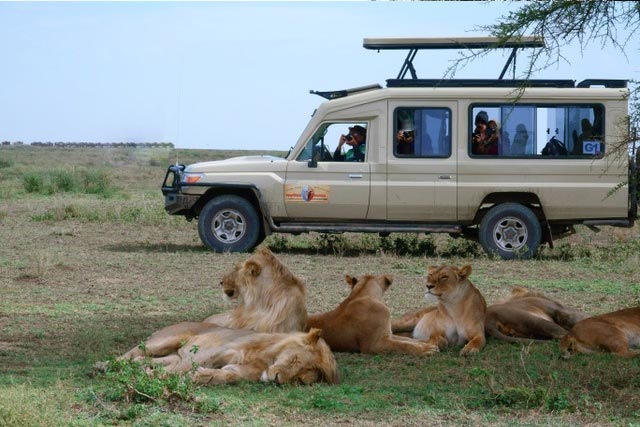 In the early nineteenth century, European explorers began leading expeditions to Africa. Their major goal was to admire and write about wildlife and landscapes. These early explorers popularized the safari style of travel as we know it. They rose at the break of dawn and spent their days traversing the astonishing wilderness, mountains and lakes. There was the occasional game watching and hunting. The adventurers often spent the end of their day chatting over sumptuous meals and tobacco.

Ernest Hemmingway was one of such explorers. In the early nineties, this great writer wrote extensively about his safari experience. Back then, the hunting aspect was one of the main attractions of the African safari. After World War II, many retired soldiers established safari tour businesses in Tanzania, Namibia, South Africa, Zanzibar, Congo, Kenya and Uganda.

African safaris were quite different then. In the sixties, tour guides and travelpreneurs hosted guests in their homes. Nowadays, guests are housed in well-equipped safari camps, mobile tents and/or lodges. Guests can enjoy the world-class infrastructure and internet access they are already accustomed to. Moreover, the bordering towns and cities have accessible roads that make it easier for visitors to commute from one safari camp to the other.

Safaris in Tanzania became more popular especially after the Kenyan government banned game hunting in 1977. Tourists were drawn to the sights and sounds of Tanzania’s famous national parks including Serengeti, Mount Kilimanjaro, Ngorongoro Crater, Lake Manyara, Selous, Lake Tanganyika and so on.

In this article, we will outline and enumerate the different ways in which African safaris have evolved over the past thirty years, especially in Tanzania.

African safaris have improved in this regard. In the 1950s, 1960’s and early 1970’s, very few tourists went to experience the wildlife and to take snapshots of them. Most visitors actually went hunting for fun, for fur and/or for ivory tusks. Things changed when most governments banned hunting. The focus of African safaris changed.

Photographic safaris began to take center stage especially in scenic countries like Tanzania. Sophisticated camps and lodges were built to accommodate tourists and professional photographers. These camps were a lot more comfortable than the temporary stations previously set up for the mobile game-hunters.

Better road networks were also built to improve the game-viewing experience of tourists, which brings us to the next point.

We already know that safaris in Tanzania became more sophisticated aftergame-hunting was banned. The wildlife photographic industry flourished more than ever. The Tanzanian government began to develop its tourism industry. More complicated road networks were constructed across the region and steps were taken to secure its towns and cities.

The past thirty years has seen the employment of well-trained and experienced tour guides. Armed with their binoculars, they are able to provide better bush trekking, game-viewing from special safari vehicles and mountain hiking experience. Again, game-viewing experiences are a lot safer now than they once were.

After the ban of game hunting, the government enacted strict park laws, regulations and policies geared towards environmental conservation and sustainable tourism. Tourists have probably heard about the menace of poaching and the ivory crisis. In an international news feature, one BBC journalist wept when she narrated the tales of the shooting of baby rhinos in an orphanage.

The internet has contributed to the evolution of African safaris. People from all over the world are joining the sustainable tourism conversation. Young activists want to know if most of these animals will exist in the next 25 years. Local farmers are still complaining about the untold hardships wandering herds have caused them.(Giant elephants often attack and kill unsuspecting farmers. Other times, this wildlife destroy their crops.) Yet, animal rights activists argue that these animals ought to be protected.

Everyone agrees there has to be a balance. But can balance be achieved? And how can sustainable tourism be achieved? These conversations weren’t being had until three decades ago. Safaris have become more interesting because such serious issues are being discussed more openly and frankly.

Electronic payments are arguably the best thing that ever happened to mankind.

Think about it. Before the invention of e-payments, tour operators had to spend grueling minutes in the sun, while they paid park fees, crater service charges and concession fees. As our packages includes all relevant fees, our visitors were not aware of the paper works involved.

With the internet, we can now conveniently make these payments online. In Tanzania, these fees are integrated with the other payments made such as accommodation and optional activities if they are pre-booked. E-payments reduce the chances of fraud and theft for both tourists and park authorities.

Thirty years ago, tourists in Tanzania communicated via radios, telegrams and word of mouth. Nowadays, visitors have the option of WiFi, cell phones and other electronic communication gadgets. Visitors can keep in touch with their family, friends and work partners. And tour drivers can communicate with each other when necessary.

African safaris have come a long way and a lot has changed.

Safaris in Tanzania have evolved a great deal over the past thirty years. There now exists better road networks, safer parks, more comfortable camps and lodges and easier means of communication.

Tourists can now enjoy the ease of life while following wherever the wildlife leads them.

Book your next safari with Bushbuck Safaris in Tanzania to have the safari of a lifetime.