Now there’s more reason for you to pack your bags and head to Tanzania for a vacation. The tourism sector in Tanzania continues to prosper at international levels. Tanzania was named one of the three finalists in the Destination Best Tourist Board Africa Category for the 2015 Travvy Awards that recognizes the best tourist destinations based on the highest standards of excellence in the tourist industry today, including travel agencies, travel agents, travel destinations and travel products. 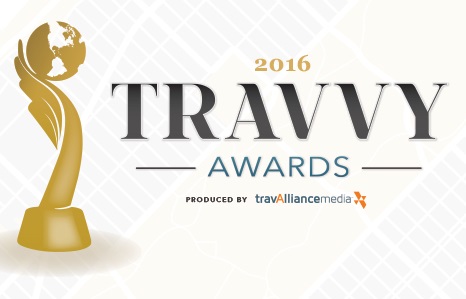 Over the years, the tourism sector in Tanzania has developed considerably and an increasing number of tourists are making plans to visit the exotic country year on year. The selection of finalists was based on votes cast by travel agents while the final two winners in the categories are selected by the Award-winning Travel Alliance editorial team. The tourism industry in Tanzania is continuing to perform well at international level because of the country’s responsible organ for marketing Tanzania.

The two other finalists are the South Africa Tourism and Namibia Tourism Board. The Permanent Secretary of the Ministry of Natural Resources and Tourism expressed he was honored that Tanzania was among the finalists for Africa. He commented this was due to the efforts and contributions of the US market by the Tanzania Tourist Board (TTB) and due to the contributions of Tanzania National Parks, the Tanzanian Embassy in Washington and the Tanzania Mission to the UN in New York.

He further stated that Tanzania is home to some of the world’s most prominent tourist icons, including the Ngorongoro, Crater, the Great Animal Migration, and the highest peak in Africa, Mount Kilimanjaro. Apart from these mainstream attractions, the south of Tanzania features a number of hidden gems, such as the Selous Game Reserve and the Ruaha National Park, where tourists from all around the world visit due to its tranquility and peaceful atmosphere. Further steps are being taken to improve the tourist facilities in Tanzania.

In addition, Tanzania was also named among 52 places to go to for tourism by the New York Times and the best African Destination to visit by Fox News Channel. Apart from that, Tanzania’s well-known Mt Kilimanjaro along with the Serengeti National Park was named the world’s two greatest parks by the National Geographic Magazine.

Over a million people from around the world visit Tanzania for business and pleasure on an annual basis. This is enough to prove that Tanzania is one of the most exciting and lively cities in the world, especially, if you have a desire to witness wildlife in its natural form. Many people are reluctant while considering African countries as a tourist destination due to the health concerns. However, the authorities on the ground are actively mitigating all threats and tourists shouldn’t be apprehensive anymore.

Fortunately, after being nominated as one of the three finalists in the Destination Best Tourist Board Africa Category for the 2015 Travvy Awards, Tanzania’s tourism is sure to experience a boost as now more people will feel comfortable travelling to the region and having the trip of a lifetime.