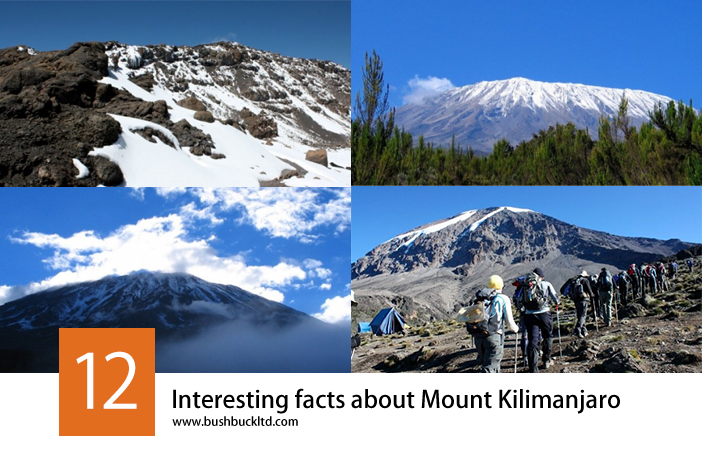 Mount Kilimanjaro is located in Tanzania and is a popular destination for climbers, trekkers and travelers. If you are travelling to Tanzania, the Mount is a must-see. Here are 12 interesting facts about Kilimanjaro you should know:

Are you inspired by these facts and now want to take a visit on your own? You can head out on a trekking trip even if you are not a climber. Just book a travel guide and go visit this beautiful mountain for yourself, and while you are in Tanzania, might as well head out on a safari as well.

These facts have been compiled by Bushbuck Safaris who are the pioneers of mountain climbing treks in Tanzania offering guided climbs of Mount Kilimanjaro and Mount Meru all year round.